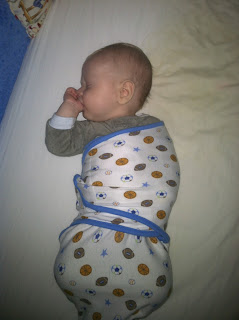 This week Mister has done amazing! He is feeling so much better, and is sleeping better too! It’s just really crazy how different he is. Before, I would have told you things were hard, but still okay. Now that he is getting well and the reflux is usually gone, I would say before was terrible, and now is wonderful! He is so peaceful now; he wasn’t a bad baby before, he was just miserable a lot of the time (more than I realized, I think). Now, he rarely cries. He cries if he is tired and ready for a nap, he cries for 1-4 minutes before he falls asleep on his own, and he cries if he’s poopy and I don’t know it yet. That’s it. The rest of the time, if he is fed, dry, and rested, he is happy, laughing, and playing!

Max slept 12 hours through the night last night. I woke up at 6:30am, only to realize the baby monitor died on me in the middle of the night. I knew I needed to buy a new one! When I jumped up to run down stairs to him, I got about half way there and realized he wasn’t crying! So I snuck in, and he was still asleep! He slept until 7:00am! It was great. I hope this trend continues, but it will probably be hit or miss for a while. I think he needs his last nap of the day from 5-6pm. That usually catches him up just enough to make it until bedtime, and I am thinking that’s key to him sleeping until 7am.

*update* he did it again last night! 12 hours! He stirred at 5:40, but I left him, and he went back to sleep within 10-15 minutes, and slept until I woke him up at 7:00am! Woo hoo. Oh, and daddy fixed the monitor, so that’s great!
Eating
Eating is about the same. There have been a few days he hasn’t nursed that great, but it’s usually because he is so distracted, looking around. It hasn’t been because of reflux (or doesn’t seem to be). He takes 5-7 ounces when he doesn’t nurse well, and 3-5 when he does. We still don’t know about the teeth. Nothing has changed, his gums look the same, so I am thinking it’s not teething.
Development
Max is rolling around a lot, and scooting while lying on his back(that’s been going on a while). He started swinging his arm. It’s so funny! He looks like he is power walking somewhere, only laying down. He started sucking his thumb this week- yes, I know. It’s probably because I took the pacifier when we were sleep training. I have two different thoughts on this: if he were like Lexie and didn’t constantly want the pacifier when he woke up during naps, I’d be fine with it. But he can’t put the paci back in on his own which = disrupted sleep, and chances are he would have found the thumb anyway if I didn’t replace the paci. My other thought is, you can take a pacifier away later, you cannot remove a thumb. It’s bad for their teeth, it’s NOT sanitary, and can actually deform their little thumb and mouth. Of course, that is if they suck it through most of their toddler/childhood. Most babies outgrow it, and hopefully he will be one of those! If not, we will cross that bridge when we get there.

*update* today max has been sucking his thumb even when he is awake. Sometimes he just chews on his hand, but he tried to get his thumb in there a lot. Tries being the operative word, because I remove it!
He smiles a lot, laughs a lot, and has started to squeal some, but not a lot. I think at this point Lexie was starting to really squeal and scream; of course that would make sense with all the talking she does. Maybe Max will be more quiet; really, he doesn’t stand a chance because his sister will probably never let him get a word in!
Lou Bug 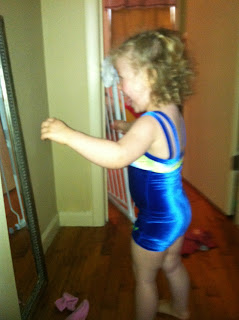 Lexie got her leotard in- she loves it! It is blue velvet, with sparkles and sequin butterflies on the top. Yes it is very … “showy.” But other than plain black ones, you can’t find one that is less loud. Her other one came in today; it is red with sparkles. She hasn’t seen it yet, but I am sure she will love it!
Daddy has been in SD, hunting. Will be home today- woo hoo! We cannot wait.

*update* JTom is home and everyone is SO excited! For the last few days Lexie has been asking for him non stop, and saying she misses him. She has cried several times, wanting Daddy. =( It was hard, but after 6 days, she woke up to him being here after her nap and was SO happy to see him. She was very surprised when it was daddy that got her from nap, and not mama. =) 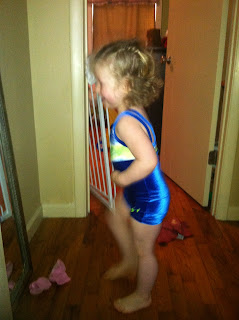 Angel Gabby is here! She came last night and will be staying through December. She is here to remind us what Christmas is about. I will write another post on her later. (she is our version of the Elf on the shelf). 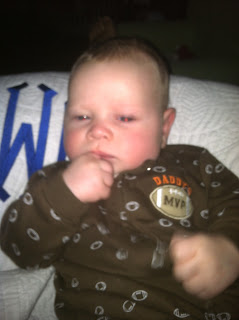 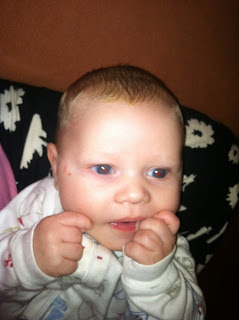 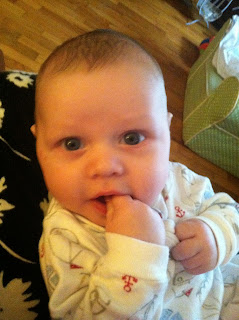 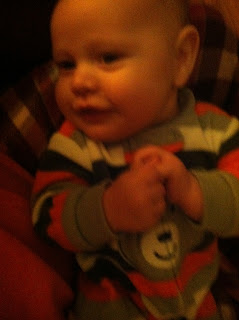 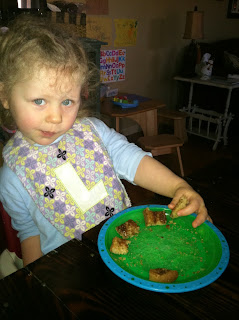 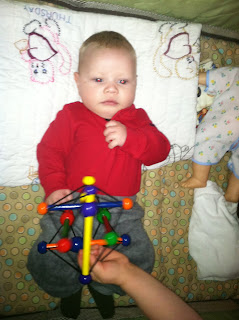 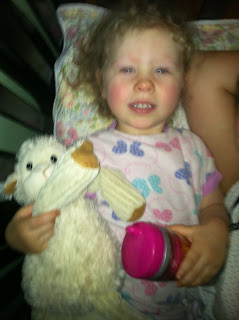 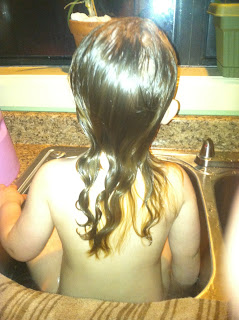 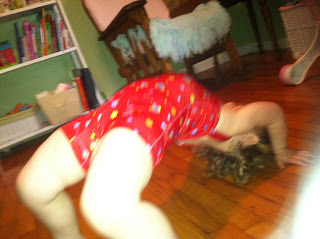 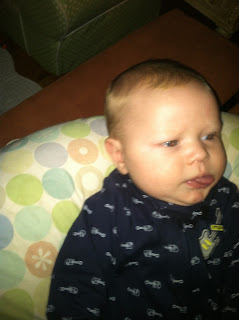 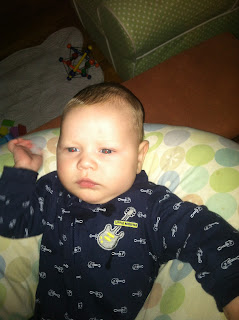 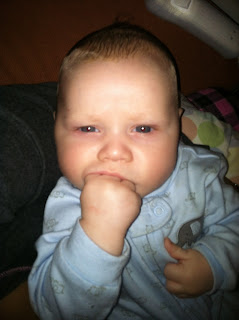 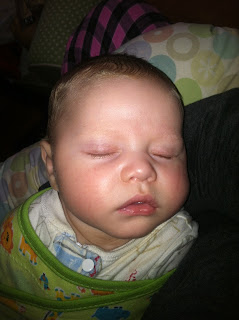