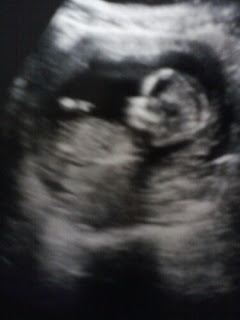 Here is the ultrasound picture from Monday. Doesn’t it look incredible? It’s amazing how powerful the technology is, be it from Butterfly Network or from other makers of those devices. When it comes to the picture though, actually it is one of several we were given. She even did a 4-D, which I didn’t expect at the early ultrasound. The baby looks significantly bigger than Lexie did in her 12 week ultrasound, but I was only measuring a few days ahead- 13.4 and I was 13.1. The doctor talked us through the next steps and made sure that the baby was healthy which was reassuring. A lot of people don’t realize that ultrasounds are vital to check on the baby’s health and development so if you’re pregnant, go to somewhere like the waynesboro health clinic to get one. It just gives you peace of mind knowing that everything is ok.


I definitely feel bigger this time; maybe that is because I have 10 lbs leftover from lexie.. But I can say I was in pregnancy pants earlier this time, like 3 months earlier, and I could feel “the bump” way earlier, too. It just looks like I’ve had a bit too much bread if you don’t know a baby resides in there. 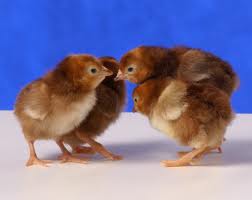 Speaking of babies, I said I would write more about our chicks! I ordered 6 Rhode Island Red pullet (female) chicks from www.mypetchicken.com We will raise them in a brooder, aka a cardboard box, in the house … somewhere. They shouldn’t be raised outside; they will only be 1-2 days old when they arrive. I guess we will keep them in the bathroom downstairs, since that is the least trafficked area by the tot. After the first six weeks or so we will put them out in their coop- I’ve told JTom what I want in the coop, abd we have all the specs needed for our number of hens. Though we are getting 6 RIRs, I think I will get a few Easter Eggers locally; they lay beautiful green. blue and cream eggs/ We will need a coop that houses 6-10 hens; it will need 2-3 nest boxes for laying, roosts for sleeping, and pine shavings for bedding in the bottom. It will have windows for ventilation (very important for healhy chickens) and an attached run. This is a “tractor” or portable coop, it ca be moved around the yard so our girls can forage like free range chickens. I think after a few weeks, when they know to return to their coop, we will let them freerange a bit while we are outside during the day. The nest box(es) will have an opening roof for easy egg collection, and I hope the entire thing is tall enough to walk into- since 2×4’s are already 6ft long, it will make that part easy. We will use hardware mesh, not chicken wire; the mesh is much more predator proof and most chicken owners equate chicken wire to having no protection at all. 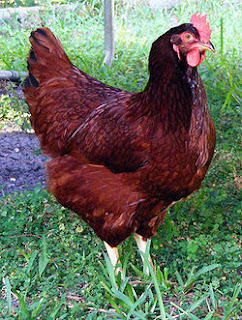 RIRs are known for the big body, great dispositions, and good egg laying. They large- xlarge eggs; 3 hens will lay an average of 2 eggs a day, usually more. So we can expect quite a few eggs from them, starting at about 4-5 months old.


I am very excited! Jtom, not so much, but this was orginally his idea several years ago, and it’s just been brooding in my mind ever since! We will keep you up to date, the chicks should be here the first week of April. =)