1. First Step
I was an assistant in a couple of classrooms there.  My favorite was the 4 year old classroom.  The days were exhausting a many days I came home feeling helpless and defeated, but mos days were fulfilling.  It is a place for developmentally delayed children, and there are other services for adults.  I worked in the preschool division.  There were some questionable workers there (which I was the first to turn in..), but the overall purpose of the school is a positive one.  For a year I worked one-on-one with a little Hispanic boy who was autistic.  Wow, talk about exhausting but so much fun (usually).  The little bit of Spanish I could speak came into play and I learned a lot of sign language. He was so smart and inquisitive, but SO stubborn.  I could write an entire book on my days working with that boy!  haha 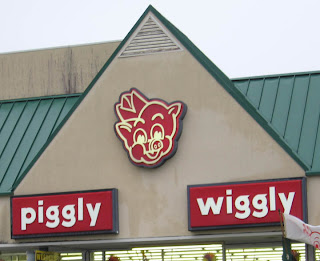 Yes, that’s right.  I actually enjoyed being a cashier, well I don’t know that I enjoyed it so much when I Was doing it at 16 and would rather be with my friends!  haha  I was super fast and really good.  I was the girl that you waited in my line when other registers were open.  =)  I enjoyed getting to know my customers, talking with them and making their day better.  There were only a few times that I did not enjoy it so much… one time a lady cussed me out on a Sunday afternoon (busiest day of the week!) in front of everyone because her stuff did not qualify for the ad’s discount.  My manager took over the situation and I went upstairs and cried.  Why, I don’t know, guess I was embarrassed.  But a super good day was when I got flowers from (what I think was) a homeless man.  It’s a long story…  He had come through my line on a Wednesday; he had long tangly hair and was in filthy clothes and holey shoes.  I don’t remember what he bought, but I remember it was like $3.00 and some change.  He didn’t have enough change, but I always kept money in my apron for cigarettes and a coffee, so I told him not to worry about it and I took the money from my apron and put it in the register.  He never said anything, just nodded and left.  That Saturday I was working the express lane and my back was to the door.  He came from behind and put flowers on my key pad, when I turned around and saw the flowers he was walking out the door, in the same clothes he had on Wednesday.  The old man I was checking out looked at me like I was crazy because I guess he didn’t understand why someone looking like a homeless person would bring me flowers.  Anyways, it made my day!!

What are your Top Two?

This is not who you are. ❎ When we find ourselv

Something has to sacrifice so you can eat. That’

We are very excited for @thegivingmanger this year

📚 My current non fiction read for a refresher.

📚 #poetryteatime because we need a little attit

2 new barn cats, to go along with the ducklings.

🍅 Put up a bunch of #tomatoes from the farm. Fa

If you have a student who needs some extra algebra