Well, our Lexie Love just can’t catch a break!  First the bacteria infection, then the flu, and now some RSV and possible allergies!

After calling the doctor’s exchange Wednesday afternoon, we took Lexie to the ER.  Due to all our ice and snow, the doctors’ offices were closed, but I noticed while we were playing her coughing was more than coughing.  She had started to wheeze and the V at her collar bone was sinking in when she breathed.  At the ER they ran a flu test, a RSV test, gave her a breathing treatment, and took some chest x-rays.  The doctor there said he heard some bronchitis, she was breathing awfully fast and her xrays were “foggy” so to get her to the doctor the next day.  He sent us home with an inhaler and the breathing treatment equipment.  Because her oxygen levels were good and she was not running fever, they decided not to keep her.


So yesterday we went to the doctor.  He listened to her chest and said she was definitely wheezing and breathing too quickly.  Then he asked if J.Tom or I had asthma or allergies..  =/  I told him about my asthma and allergies and that J.Tom had allergy shots as a kid because his were so bad.  He said Lexie realy didn’t stand a chance against it then, but we could always hope.  He also said the RSV test is only about 75% accurate and he thinks she has some RSV (which is a respiratory virus).  This makes sense because when they stuck the qtip things up Lexie’s nose, the nurse said that there was not a lot of “stuff” on it but hopefully it would be enough…  I guess it wasn’t.  He prescribed her another inhaler to use with the one given to us at the ER and some pink medicine.  If she was not much better by the beginning of the weekend I am to take her back Monday, otherwise come back in a week.


I also had him look at a rash that was on her upper torso, mainly on her shoulders and upper back.  He said it is eczema and prescribed a cortisone cream for it; he also said that when babies have allergies and/or asthma they are often accompanied by eczema.  Lovely.   I guess our daughter is doomed in the wellness department.  Maybe God will give her a decent hand in the sweet tooth/love to exercise/never want to smoke department.  A mother can only hope.


So anyways, we left there and came home.  She has not held down the pink medicine, so I just called the nurse, who in turn said to come in for a shot at 3:30.  Poor Lexie.  =(  Her cough sounds terrible and her nose is so runny but she plays like she feels fine.  I have a feeling when we get there today he may want to go ahead and do chest xrays; he didn’t do them yesterday because the xray tech lives in Malvern and could not get to work.  Since everyone will probably be there today, I think he may take a different approach.  I hope her oxygen levels stay up and she isn’t worse than he thought.  I don’t want my baby admitted into the hospital, although it wouldn’t be a HUGE deal it would make me feel like a failure as a mother.. but whatever gets her well is what I want them to do.


Due to the 5″ of snow we got in great ole HOT Springs, Arkansas I did not have my supervisor evaluation Thursday.  It has been rescheduled for Tuesday of next week which makes me terribly nervous.  I did get my video teach done, spur of the moment (we planned to do it Wednesday, but because of the weather…) but I am really not happy with it.  Frankly, I don’t care that much.  The one snippet of teaching from a semester where the children have had 9 days of snow, 5 days of NWEA Testing, a week of Dibbles testing, and are in a brand new classroom (which the teacher moved into over Christmas break) is not going to make or break my teaching career or tell the world what kind of teacher I will be.   I am tired, can you tell?


I do LOVE teaching though.  And when I had the classroom to myself last week (my coop teacher was gone to a space convention) it was awesome!  I felt very much like I would love to have my own classroom.


Also, Lexie gets dedicated Sunday, hopefully she will be well by then! 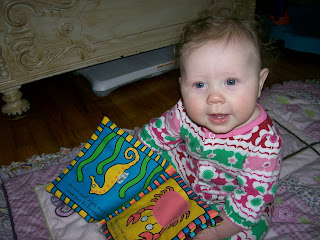 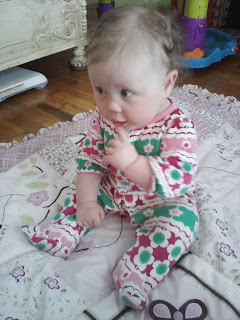