**I stared this on Sunday, and finished it Wednesday.  Don’t judge**

Today is Sunday, September 30; today marks the beginning of Max being 4 weeks old. 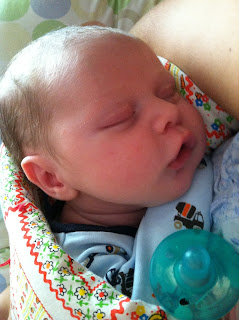 I just wanted to do an update for Max’s 3rd week of life, which he just completed.

J.Tom was gone all week; he went to Canada for a goose hunting trip.  Of course he had a blast; and yes we missed him terribly.  There was no way I could tell him no to the trip, and we knew about it last year, so I was prepared for a hard week without his help.  And honestly, it wasn’t that bad.

Development
Max has started cooing a lot more, he makes eye contact and is holding his head up so well.  He loves watching the fan (of course …) and his favorite position is sitting up tall.  He still keeps his hands in little fists and usually has his legs curled up tight.  He does really well holding his head up now.  We do some tummy time, but really I need to do more.  It’s hard to find time when he is completely “safe” from Lexie, and can be on his tummy.

Eating
He eats every 3 hours during the day.  At night, his last feeding is at 7:00pm; he nurses and then takes about 3oz of formula.  Then he is out until 4:00am or later… which is awesome!  But last night he was so gassy, he wouldn’t nurse, he just kept pulling off and then only took 2oz of formula, so he was back up at 1:00 hungry. Then he slept from 1:00am until 6:00am.

We did get a video monitor, so I can see him in his crib rather than get up at every grunt and whine.  He is very vocal in his sleep (and while nursing).  There is a lot of grunting going on so I would be going crazy at every sound during the night.  We like the video monitor and I wish we have gotten one for Lexie, too.  (Mainly because once she started getting older she was so funny, it would’ve been great to see what all she was doing in there before she fell asleep.)

Lexie’s behavior has gotten a little worse this last week.  I’m not sure what changed or clicked, but everything has been a battle and power struggle.  Most of it I *think* has to do with her skipping naps.  She has started napping a little better, but the days she doesn’t take one her afternoon is horrible, and the next day is rough. Some days she will pass out on her own, other she lets me pat or rock her to sleep, but some days she is having no part of it.  If she gets still for 2 minutes, she goes to sleep. Although we put her down for bed earlier on days she doesn’t nap, it still isn’t the same quality sleep she would have if she took a nap.  *read* NAPS ARE IMPORTANT!!!  haha  Especially in this house!

We are going to get back into play groups here soon.  Max is 4 weeks old now, so in a few weeks I will feel better about him being around other kids…  Although he won’t be in direct contact w other kids, Lexie will be, and then she will be indirect contact w Max.  And I really, really would like to avoid unnecessary illnesses for him this young.  Lexie cut teeth early, but she didn’t get sick for the first time until 4.5 months old-and of course it was the flu!  So, I’m hoping we can keep him well at least that long.  And breastfeeding helps with that. 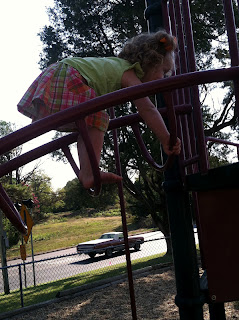 Anyway, back to Lexie- she needs lots of time out of the house.  She gets bored easily, like any two year old, and right now I’m not able to do all the fun things I’d like to do because for an hour out of every 2 I’m either feeding Max or getting him down for nap.  I know she is adjusting, and things will smooth out eventually.  She was really care free the first few weeks; now she seems a little more anxious and while I know this has some to do with Mister, I’m positive a LOT of it is napping.  She is a different child on days she naps.

***EDIT***  I wrote the above yesterday.  After that she napped.  Woo Hoo!  And was a completely different child- happy, easy going, and cooperative.  Whew.

Usually I nurse Max around 6:00am, then we get Lexie out of bed at 7:00am.  Everyone gets a bottle/sippy of milk and we snuggle in the big chair.  Then I make Lexie’s breakfast while Max has some independent time in the pack n play.  While they do that, I empty the dishwasher, start laundry, or clean a bathroom.. Something productive.  Mondays and Tuesdays are cleaning days.  I usually break it up into two days- one day I do the front of the house and laundry.  The second day I do my bathroom and our bedroom (back of house) and *ehum* finish laundry.  On those days Lexie has longer independent time in her room, which she doesn’t mind too much.  She has really started pretending a lot.  It’s funny how at this age, you can give them the toy version of things and they don’t really play with them too much.  But they will pretend random things are something else; for instance this morning one of her number flash cards that she LOVES became an iron. It was great.  I TOTALLY, COMPLETELY 100% believe in simplicity and that less is usually more. 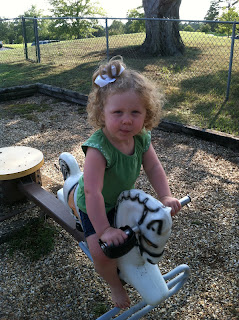 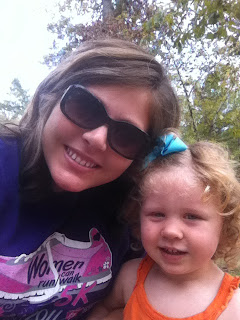 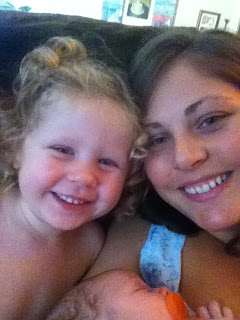 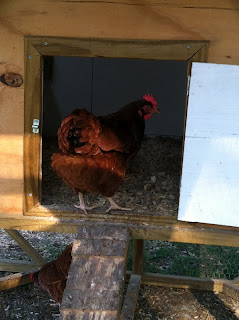 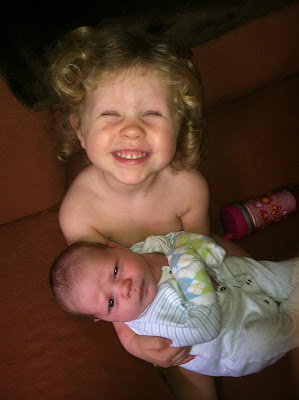 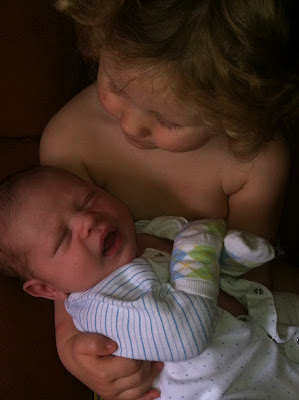 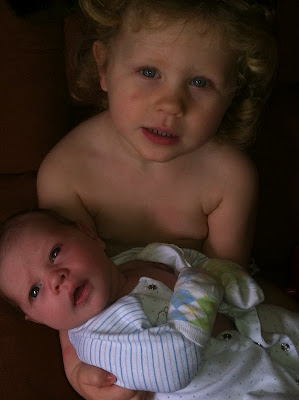